What is non-linear thinking?

Nonlinear thinking is human thinking that has the characteristic of expansion in various directions, rather than in a single direction, and based on the idea that there are diverse starting positions from which a person can apply logic to a situation.

Nonlinear thinking is more comprehensive. It lets your creative side run uncontrolled due to its lack of structure, which is inborn. It can be compared to permitting a puppy to jump freely when walking up a mountain. In this instance, the puppy will thoroughly investigate anything interesting and perhaps pee on it before darting to the next subject, probably non-related. It’s very similar to brainstorming, which allows thoughts to flow freely, trying to reach something unique in the process.

Nonlinear thinking maximizes possible results by not being so sure about the start for any given logic process. For Nonlinear thinkers, they tend to dart forward and from side by side through of project’s operations, trying to see the big picture and attend to the areas where they are most interested.

Nonlinear thinking offers you a comprehensive perspective on how to approach a problem. You put into use your intuition, emotion, insight, and creativity when relaying information.

Additionally, as the term suggests, nonlinear thinking means not thinking in a sequential manner or along straight lines. For nonlinear thinkers, they make connections between unrelated ideas.

Nonlinear thinkers are conceptual in their thinking. These thinkers tend to be the best artists. Nonlinear thinkers, play with their imagination and bring up creative means to solve their issues or comprehend and make a representation of something. Nonlinear thinkers start with more than a single premise, make conclusions from them, and then make a conclusion. The fact that a specific instance can have diverse causes and not just one is the center of nonlinear thinking. Conceptual thinking is the assumption that something is in mind, for example, various people define success and happiness differently.

However, Nonlinear thinkers’ knowledge in math and science may be wanting. Nonlinear thinkers may not be the best when perceiving things that have a specific cause, and therefore, won’t comprehend its results.

As another characteristic of nonlinear thinkers, they do not mind being alone as they have incredibly active imaginations. Nonlinear thinking can also be characterized by the love to read a lot.

Nonlinear thinkers enjoy socializing in most instances. This comfort in socializing is due to the fact that they can see all points of view and are easily accept other people’s peculiarities. These kinds of people may not necessarily take other people’s opinions, but they do understand them. Nonlinear thinkers are fun people to chat with. This is because they have plenty of topics up for discussions. However, you have to put up with the intellectual jumps and possible downsides.

Being a nonlinear thinker is possibly based on genetics. However, it can be impacted by an individual’s environment.

In nonlinear thinking, the mind is in constant motion-, thinking, scanning, and darting from one point to the other without seeming to follow a pattern.

The kind of people who are nonlinear thinkers can find connections between or among clearly unrelated ideas and then pose them to you in a straightforward, transparent way. If you are lucky to get such individuals into your team, they will promote creativity. However, nonlinear thinkers may find it challenging to complete tasks they have already started in the event that they encounter something more interesting than the projects they are undertaking. They can be lost on the internet or in a book for quite a long time. Additionally, nonlinear thinkers may not follow a secure career path and may not take so much interest in pensions and retirement packages. In nonlinear thinking, we can draw inferences from different areas, examples, or backgrounds. Keeping things organized may be a bit of a challenge for a nonlinear thinker due to the jumpy nature of their brains. To assist counter this challenge of keeping things in order, nonlinear thinkers may consider using arranging or organizing tools, which may include diaries and calendars.

Nonlinear thinkers can look at things that have various start points, steps, and tasks from various perspectives. All these thinking views, skills, and abilities may be logical. Nonlinear thinking abilities and skills are vital and required in management, business, leadership, and an individual’s own life. From this article, we can see what nonlinear thinking is all about, and can effectively categorize ourselves from how we do things or run our errands. all the best and good luck! When you hear the words “critical thinking”, the first thought that probably crossed your mind is that this person is a natural […] We observe many things in our life with intention or without. This is the usual tendency of all human beings from all […] When it comes to critical thinking vs. strategic thinking, the best way to explain it is to say that one is something […] We’ve all had debates with friends or on social media, where we get into it over some heated issue.  Emotions get out […]

Social Anxiety Detox Practical Solutions for Dealing with Everyday Anxiety, Fear, Awkwardness, Shyness and How to be Yourself in Social Situations 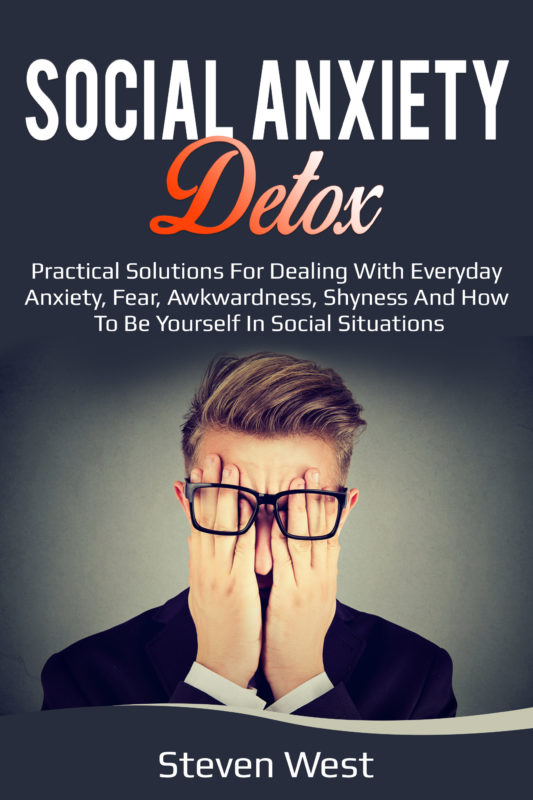 4 Ebooks Plus 4 Audiobooks – 40% OFF Coupon:SECRETS We are a participant in the Amazon Services LLC Associates Program, an affiliate advertising program designed to provide a means for us to earn fees by linking to Amazon.com and affiliated sites. We also participate in programs from Bluehost, ShareASale, and other sites. Critical Thinking Secrets is compensated for referring traffic and business to these companies.